He has studied electric guitar and music theory with Pantelis Gertsos (guitarfor → musicfor) up to the point that he passed the Associate Diploma of the London College of Music in Music Teaching with distinction. He also attended Musical Praxis Conservatory to study traditional harmony & modern composition with Nikos Panagiotakis, vocals & piano with Lia Hide and jazz harmony with George Argyropoulos and he successfuly completed his Harmony Degree. Occasionally, he had acoustic guitar and songwriting (applied guitar) lessons with Max Milligan. He holds a Master's Degree - MMus in Songwriting - from Bath Spa University, under the tuition of Davey Ray Moor. He's currently working towards his PhD, under the supervision of Davey Ray Moor and Dr Amanda Bayley. While his main instrument is the guitar, he's always enjoying playing other instruments, like ukulele, blues harp, piano, bass guitar, banjo, lap steel guitar, baglamas, tzouras, stylophone, bouzouki… In any case, the sound is what matters the most!

In 2011, having already passed his grade 8 in Electric Guitar and Popular Muisc Theory, Nassos became accepted for music studies by several Universities in London, but he had to decline all the offers. Thus, he attended Trinity College of Music Jazz Summer School where he enjoyed Pete Churchill's classes.

In addition, he has studied Computer Science in University of Athens, which is a four-year B.Sc. (Hons) Degree, and submitted his Thesis on "An iOS App for Improving the Auditory Perception". Between 2008 and 2009 he studied Telecommunications Engineering in Aalto University in Helsinki as an Erasmus student.

In 2015, he was selected to participate in Global Academy of Liberal Arts Conferences in Beijing. During his stay in Beijing, he studied New Media & Communication and Chinese Culture at Communication University of China. Subsequently, he also started teaching Songwriting in musicfor, electric & acoustic guitar in the National Conservatory of Athens - Annex of Dionysos and songwriting & ukulele in Diesi Music School.

In November of 2015, he started the Sakké ConQuéso project with Ioannis Sakketos. This is a completely DIY project in which they are creating an album all alone. They have already released 4 singles: Dark to Bright (2017), I Love Austerity (2018), Uncannily Alike (2018) and Healing Without You (2019). All musical compositions, lyrics, playing, recording, production, mixing, and even the artwork are made by the 2 musicians.

In May of 2016, Nassos received an Offer of Admission for a PhD Fee Waiver Studentship, which is given to the maximum of 10 applicants, regardless their field of study. Consequently, he has registered to study for a PhD in the College of Liberal Arts with the proposed thesis title "Sociocultural & musical characteristics of Rebetiko & Blues and their hybrids".

In January 2017, Nassos released his first single Under the Endless Sky, under the pseudonym Nassos Conqueso. In March 2017, he released his album Love in Crisis, which is also available in Compact Disc. He's responsible for music, lyrics, arrangement, production, vocals, piano, ukulele, baglamas, tzouras, harmonica, guitar, stylophone and programming. At the same time, he became the 6th member of Bound Affairs as an acoustic guitarist and keyboardist, until September of 2018.

In September of 2017, he started his collaboration with Music Studies Palaio Faliro, where he's the main teacher of electric & acoustic guitar, ukulele and music theory.

In September of 2018, he successfully passed his PhD Progression Assessment, and once again met Pete Churchill at the Royal Academy of Music for an interview in advanced music theroy and harmony.

In Summer of 2019, he presented at two international conferneces, the Valencian Association of Musicology's conference in Valencia and the Society for Music Analysis's conference in Southampton. He then attended the 4th International PhD Summer School, organised by Kaunas University of Technology in Trakai of Lithuania. At the same time he was selected to represent Greece in the European Union's Introspection Music Experience project.

In January 2020, he presented at the BFE/RMA Research Students' Conference at the Open University in Milton Keynes. In spring, he was accepted to present at the 7th Rhythm Changes conference Jazz Now! that will take place in Amsterdam, as well as at the 10th European Music Analysis Conference that will take place in Moscow and is organised by 12 different academic societies. Since mid-April, his publication 'Fingerstyle Rebetiko: the revival of a lost technique' is available by journal Quadrívium. 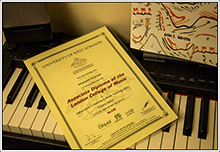 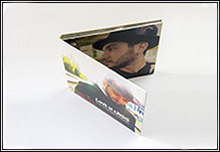 Songwriting Workshop (6-month duration between 2018 and 2019) with Foivos Delivorias:

What is a songwriter; History of songwriting focusing on Greek songwriters.
How music & lyric writing & performance work together; techniques, exercises.
Practice: each attendee writes on specific lyrical themes, rhythms or texture.


Music Is, Open Composition Workshop with a 6-month duration in 2012. Lecturers:

University of Rochester via Coursera